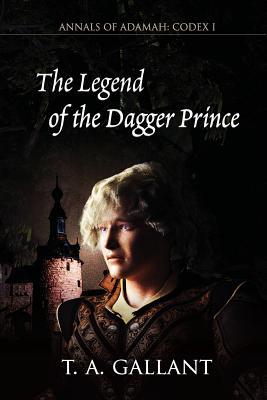 I liked it. This book felt a little one dimensional and a little predictable, but for some reason it was still fun to read!  Do not expect this book to be as good as Mull’s amazing Fablehaven series; but read it anyway, I think Mull fans will enjoy it nonetheless.

This story was simpler and a little more predictable than Fablehaven.   The plot did not feel layered or intricate. I felt like reading it was like walking down a straight path with no turns, you pretty much can tell what is ahead of you without much shocking surprise. The story moves from A to B to C all the way to Z in a mostly constant fashion.

However; it was still a really enjoyable book.  Mull wrote a bunch very funny dialogues throughout the book that made me laugh; he creates some unique species of animals, plants, and humanoids that are clever and not what you would normally see in a fiction-fantasy; and writes some entertaining situations that I enjoyed reading, even if the outcomes were a little predictable.

Jason Walker has often wished his life could be a bit less predictable–until a routine day at the zoo ends with Jason suddenly transporting from the hippo tank to a place unlike anything he’s ever seen. In the past, the people of Lyrian welcomed visitors from the Beyond, but attitudes have changed since the wizard emperor Maldor rose to power. The brave resistors who opposed the emperor have been bought off or broken, leaving a realm where fear and suspicion prevail.

In his search for a way home, Jason meets Rachel, who was also mysteriously drawn to Lyrian from our world. With the help of a few scattered rebels, Jason and Rachel become entangled in a quest to piece together the word of power that can destroy the emperor, and learn that their best hope to find a way home will be to save this world without heroes.

Mull’s writing is that of a pro. He writes great comedic dialoged and sets some clever scenarios.  I wish the story played more off of itself, rather than just moving forward in a figurative straight line from start to finish.

Jason Walker- An average kid who plays baseball and works at a zoo. He is witty and has a sarcastic optimism even when faced with grave danger.  I couldn’t help but like his character and his attitude throughout the whole book.

Rachel – More of a predictable “strong female character” type. She is smart, more mature, and a very capable person for her age. I liked her character as well, but she did not stand out from similar types in other stories. She reminds me of a less timid version of Kendra from Fable Haven.

Maldor- Is a tyrannical oppressor that seeks to take over Lyria. I really liked him as the villain. He respects rivals and values the learning experience when one gets the better of him. He offers them freedom from his pursuit and/or a place in his council because he respects a good mid. Aside from the fact that he maims, tortures and kills whoever he needs to, he might not be such a bad guy.

Give it a try. Get it from the Library. I enjoyed this read despite some shortcomings. I will read the second in the series, I anticipate a stronger story in the next one.